Vamps and varlets are welcomed here!

Here are some sexy classic movie star photos with quotes and a selection of Dyann’s ASMR sensual meditation videos.

Scroll down to enjoy!

TOO HOT TO HANDLE 1960 – Starring JAYNE MANSFIELD This movie (video below) stars Jayne Mansfield in all her voluptuous glory. She is perfectly cast as a woman running a burlesque show business. Watch the drama unfold as a group of sexy ladies do their best to earn a living and live their lives. Jayne…
Read more

Betty Page in ‘Bad Poppies’ (1950s) For those of you who are old enough, you may remember Betty Page. Her image lives on today. She was the ultimate sexy, fun, raucous, burlesque babe. In many ways, Page is credited with starting a movement. This film was found on Youtube. Dyann is curating movies like this…
Read more

I have not seen or heard of Beverly Michaels before. I have to say she is stunning and very seductive. Michaels gives a thoroughly steamy performance even if she plays it a bit over the top. However, it’s exactly what her character needs.

Michaels’ character is a beautiful, but hard scrabble and down-on-her-luck gal. She rents a room for $6 a week and finds a job at the pub down the street. Wicked Woman is a peek inside the life of a 1950s single woman who’s a bit lost in life, unconventional by nature and a pure survivor.

Gentlemen… you’ll like this movie just for the eye candy Beverly Michaels provides… and ladies, Richard Egan isn’t bad either.

Below is a series of movies by motion picture pioneer Eadweard Muybridge.

Part of his biography says this, “Eadweard Muybridge, an eccentric inventor, {photographer and filmmaker} was on the verge of a truly revolutionary discovery when his young wife had an affair. Muybridge killed the suitor in cold blood and was later acquitted on a verdict of “justifiable homicide.” He resumed his work and developed a miraculous process for capturing movement on film, laying the groundwork for the motion picture industry.”

He began his experiment Animal Locomotion study at the University of Pennsylvania between June and October 1885. The movies below are not film by Muybridge himself. Instead, they are movies cobbled together from the still pictures Muybridge took by a man named Ray Seredin and posted on his Youtube channel.

Although this public domain work was meant to be propaganda AGAINST the use of marijuana it actually looks like a lot of fun.   https://publicdomainreview.org/  This 1936 film is really well done for the time. The story has romance, sex appeal, parties and a few lectures.My new favorite words are: “giggle water” and “giggle weed”All in…
Read more 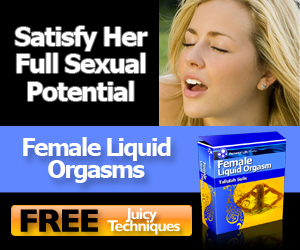