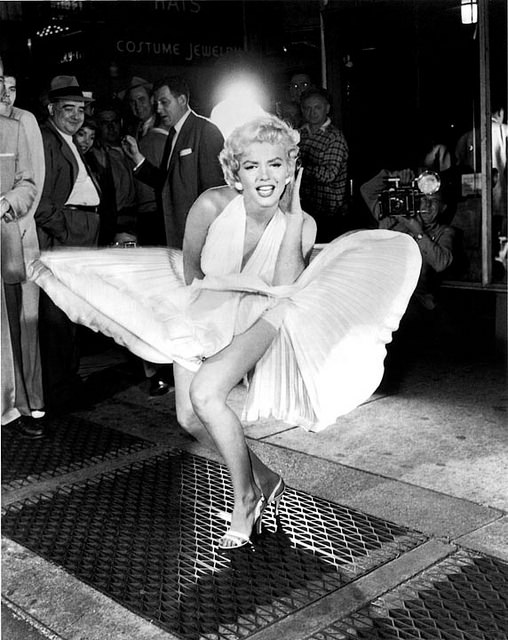 Hugh Hefner, founder of the pioneering men’s magazine Playboy, died at the age of 91 on Wednesday.

In another shrewd move, the famed publisher will be reuniting with Marilyn Monroe, nearly 64 years after she appeared on the cover of the very first Playboy magazine.

Hef, as he liked to be called, will be buried at Westwood Village Memorial Park in Los Angeles right next to Marilyn Monroe in the same mausoleum!

Hefner famously bought the crypt adjacent to the Some Like It Hot star 25 years ago for $75,000.

Hef and Marilyn will be in good company.

They’ll be joining several huge stars already buried at the secluded cemetery. They include:

Hefner died surrounded by family at the Playboy Mansion.

One of Hefner’s son’s from his second marriage, Cooper Hefner, released a touching statement reflecting on his father’s legacy.

Cooper Hefner is also the Chief Creative Officer of the Playboy Enterprises company. He says this of his father:

“My father lived an exceptional and impactful life as a media and cultural pioneer and a leading voice behind some of the most significant social and cultural movements of our time in advocating free speech, civil rights and sexual freedom… He will be greatly missed by many.”

Hefner is survived by his (third) wife, Crystal Hefner, and four grown children.

Christie, is his eldest daughter from his first marriage who served as CEO of Playboy Enterprises for more than 20 years and David, Marston and Cooper from his second marriage.

Thank you for reading and have a sensual day.

The HUG That SAVES Relationships

Get One Of Dyann’s Sensual Audio Free!